CBN.com – CAMBRIDGE, ENGLAND (ANS) — I drove to Cambridge, England, on May 7 [1963] to interview Mr. Clive Staples Lewis, author of The Screwtape Letters and one of the world’s most brilliant and widely read Christian authors. I hoped to learn from him how young men and women could be encouraged to take up the defense of the faith through the written word.

It was quickly evident that this interview was going to be different from any that I had ever been granted. I found Mr. Lewis in a wing of the brick quadrangle at Magdalene College, Cambridge University, where he is professor of Medieval and Renaissance literature. I climbed a flight of narrow, incredibly worn wooden steps, knocked at an ancient wooden door with the simple designation, “Prof. Lewis,” and was shown in by the housekeeper.

Passing through a simply furnished parlor, I came into a study that was quite Spartan in appearance. Professor Lewis was seated at a plain table upon which reposed an old-fashioned alarm clock and an old-fashioned inkwell. I was immediately warmed by his jovial smile and cordial manner as he rose to greet me; he seemed the classic, friendly, jolly Englishman. He indicated a straight-backed chair, then sat down, snug in his tweed jacket and two sweaters, and we were away.

Wirt: Professor Lewis, if you had a young friend with some interest in writing on Christian subjects, how would you advise him to prepare himself?

Lewis: “I would say if a man is going to write on chemistry, he learns chemistry. The same is true of Christianity. But to speak of the craft itself, I would not know how to advise a man how to write. It is a matter of talent and interest. I believe he must be strongly moved if he is to become a writer. Writing is like a ‘lust,’ or like ‘scratching when you itch.’ Writing comes as a result of a very strong impulse, and when it does come, I for one must get it out.”

Wirt: Can you suggest an approach that would spark the creation of a body of Christian literature strong enough to influence our generation?

Lewis: “There is no formula in these matters. I have no recipe, no tablets. Writers are trained in so many individual ways that it is not for us to prescribe. Scripture itself is not systematic; the New Testament shows the greatest variety. God has shown us that he can use any instrument. Balaam’s ass, you remember, preached a very effective sermon in the midst of his ‘hee-haws.’”

By this time the mettle of the man I was interviewing was evident. I decided to shift to more open ground.

Wirt: A light touch has been characteristic of your writings, even when you are dealing with heavy theological themes. Would you say there is a key to the cultivation of such an attitude?

Lewis: “I believe this is a matter of temperament. However, I was helped in achieving this attitude by my studies of the literary men of the Middle Ages, and by the writings of G.K. Chesterton. Chesterton, for example, was not afraid to combine serious Christian themes with buffoonery. In the same way the miracle plays of the Middle Ages would deal with a sacred subject such as the nativity of Christ, yet would combine it with a farce.”

Wirt: Should Christian writers, then, in your opinion, attempt to be funny?

Lewis: “No. I think that forced jocularities on spiritual subjects are an abomination, and the attempts of some religious writers to be humorous are simply appalling. Some people write heavily, some write lightly. I prefer the light approach because I believe there is a great deal of false reverence about. There is too much solemnity and intensity in dealing with sacred matters; too much speaking in holy tones.”

Wirt: But is not solemnity proper and conducive to a sacred atmosphere?

Lewis: “Yes and no. There is a difference between a private devotional life and a corporate one. Solemnity is proper in church, but things that are proper in church are not necessarily proper outside, and vice versa. For example, I can say a prayer while washing my teeth, but that does not mean I should wash my teeth in church.”

Wirt: What is your opinion of the kind of writing being done within the Christian church today?

“A great deal of what is being published by writers in the religious tradition is a scandal and is actually turning people away from the church. The liberal writers who are continually accommodating and whittling down the truth of the Gospel are responsible. I cannot understand how a man can appear in print claiming to disbelieve everything that he presupposes when he puts on the surplice. I feel it is a form of prostitution.”

Wirt: What do you think of the controversial new book, Honest to God, by John Robinson, the bishop of Woolwich?

Lewis: “I prefer being honest to being ‘honest to God.’”

Wirt: What Christian writers have helped you?

Lewis: “The contemporary book that has helped me the most is Chesterton’s The Everlasting Man. Others are Edwyn Bevan’s book, Symbolism and Belief, Rudolf Otto’s The Idea of the Holy, and the plays of Dorothy Sayers.”

Wirt: I believe it was Chesterton who was asked why he became a member of the church, and he replied, “To get rid of my sins.”

At this point I was surprised by the suddenness of Professor Lewis’ reply.

Lewis: “It is not enough to want to get rid of one’s sins,” he said. “We also need to believe in the One who saves us from our sins. Not only do we need to recognize that we are sinners; we need to believe in a Savior who takes away sin. Matthew Arnold once wrote, ‘Nor does the being hungry prove that we have bread.’ Because we know we are sinners, it does not follow that we are saved.”

Wirt: In your book Surprised by Joy you remark that you were brought into the faith kicking and struggling and resentful, with eyes darting in every direction looking for an escape. You suggest that you were compelled, as it were, to become a Christian. Do you feel that you made a decision at the time of your conversion?

Lewis: “I would not put it that way. What I wrote in Surprised by Joy was that ‘before God closed in on me, I was offered what now appears a moment of wholly free choice.’ But I feel my decision was not so important. I was the object rather than the subject in this affair. I was decided upon. I was glad afterwards at the way it came out, but at the moment what I heard was God saying, ‘Put down your gun and we’ll talk.’”

Wirt: That sounds to me as if you came to a very definite point of decision.

Lewis: “Well, I would say that the most deeply compelled action is also the freest action. By that I mean, no part of you is outside the action. It is a paradox. I expressed it in Surprised by Joy by saying that I chose, yet it really did not seem possible to do the opposite.”

Wirt: You wrote 20 years ago that “a man who was merely a man and said the sort of things Jesus said would not be a great moral teacher. He would either be a lunatic—on a level with the man who says he is a poached egg—or else he would be the Devil of Hell. You must make your choice. Either this man was, and is, the Son of God; or else a madman or something worse. You can shut him up for a fool; you can spit at him and kill him as a demon; or you can fall at his feet and call him Lord and God. But let us not come with any patronizing nonsense about his being a great human teacher. He has not left that open to us. He did not intend to.”

Would you say your view of this matter has changed since then?

Lewis: “I would say there is no substantial change.”

Wirt: Would you say that the aim of Christian writing, including your own writing, is to bring about an encounter of the reader with Jesus Christ?

Lewis: “That is not my language, yet it is the purpose I have in view. For example, I have just finished a book on prayer, an imaginary correspondence with someone who raises questions about difficulties in prayer.”

Wirt: How can we foster the encounter of people with Jesus Christ?

Lewis: “You can’t lay down any pattern for God. There are many different ways of bringing people into his Kingdom, even some ways that I specially dislike! I have therefore learned to be cautious in my judgment.

“But we can block it in many ways. As Christians we are tempted to make unnecessary concessions to those outside the faith. We give in too much. Now, I don’t mean that we should run the risk of making a nuisance of ourselves by witnessing at improper times, but there comes a time when we must show that we disagree. We must show our Christian colors, if we are to be true to Jesus Christ. We cannot remain silent or concede everything away.

“There is a character in one of my children’s stories named Aslan, who says, ‘I never tell anyone any story except his own.’ I cannot speak for the way God deals with others; I only know how he deals with me personally. Of course, we are to pray for spiritual awakening, and in various ways we can do something toward it. But we must remember that neither Paul nor Apollos gives the increase. As Charles Williams once said, ‘The altar must often be built in one place so that the fire may come down in another place.’” 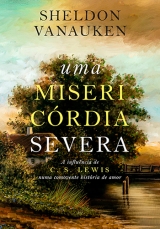 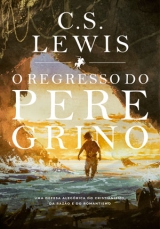